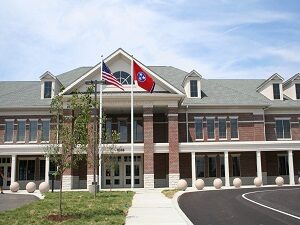 Ok – now we have a dispute about the claim that Williamson county schools are number one in the country, because Schooldigger.com says they don’t rank across different states, just within the states. And because unlike Tennessee, most states do not require students to take the standard tests. Most would agree that it makes the scores by Williamson county even more impressive, but it also give critics a crack to say you are comparing apples to oranges.

With a score of 0.941, Williamson county schools was named first out of US public school systems with more than 20,000 students enrolled by Schooldigger.com. This includes Brentwood Schools, Franklin schools outside the Franklin special school district, Spring Hill schools in Williamson county, Nolensville schools, and Fairview schools.

Schools were ranked by combining average math and English test scores in each school and averaging the rank percentile of the schools in each district. See the report from Franklinhomepage.com

Williamson County Schools  ranks fourth in the nation when compared with public school districts with more than 10,000 students.

Williamson County Schools finished with the highest composite ACT score in the district’s history at 23.4 and scored the highest in the state on TCAP for the second consecutive year.

In other accolades for Williamson county schools, seven district students were named National Merit Scholars this school year, and 26 district schools were named 2013 Reward Schools by the state based on performance and/or progress.

Now, the graduating class of 2015 has recorded more perfect ACT scores than any other class in the district’s history.

If you would like your child to attend the number one school system in the country, give me a call and we will find an appropriate home. If you would like to start searching on your own, use these handy links.